We've only just started 2022, and so far things are going great. Firstly, a brand new version of the VanWalks app is now available in both app stores! (It's version 1.2 if you are into things like that) 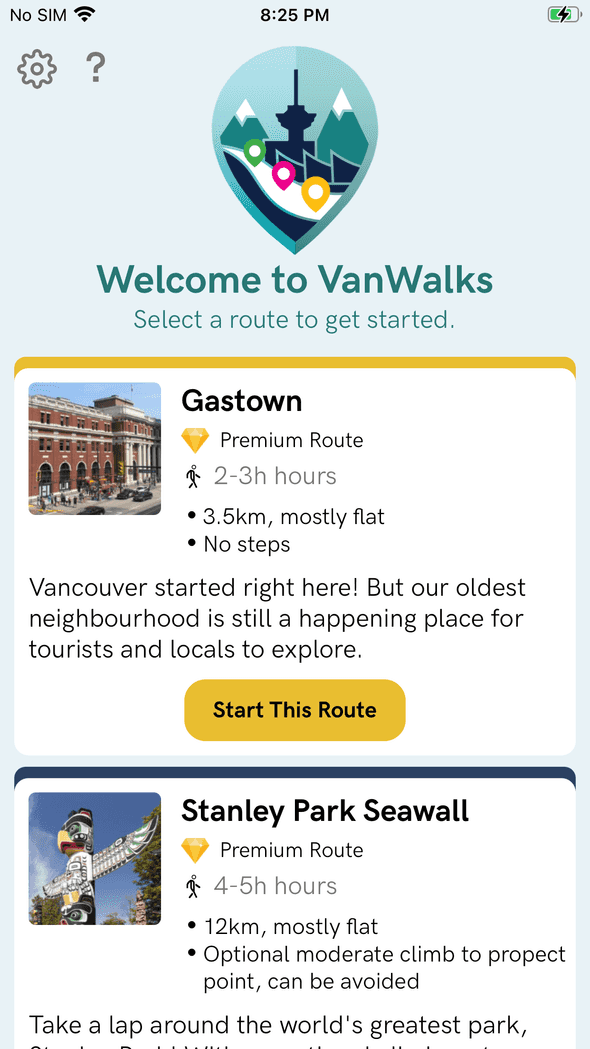 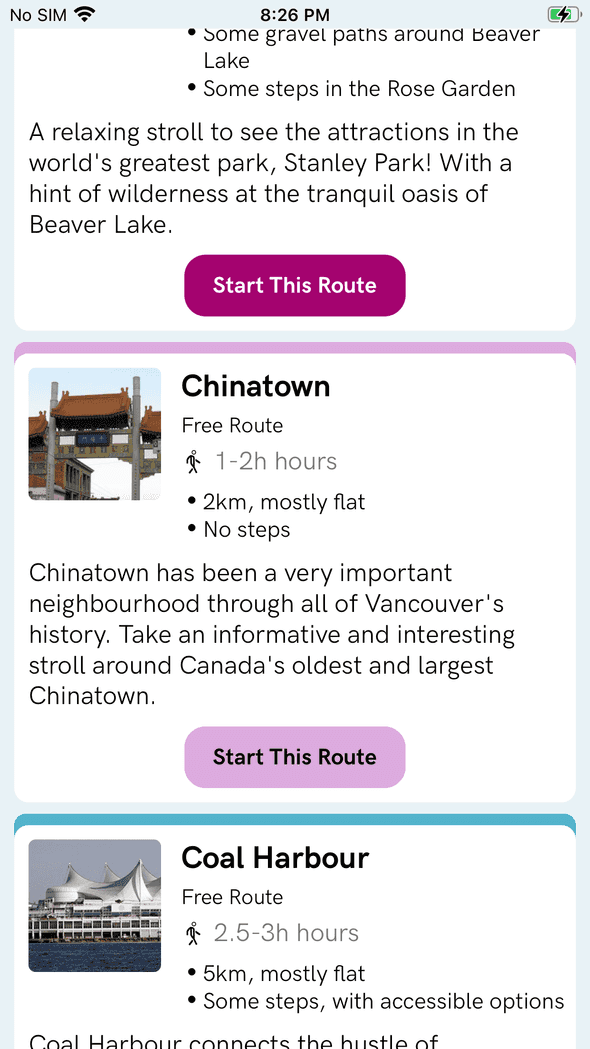 The biggest update is the route list that is displayed when the app opens. This is much better at displaying all the routes that are available. I'm hoping to start working with other content providers to expand the list of available routes, and having all the routes on the map is too cluttered. The app was also getting very close to the limit of stops that could be displayed at once without performance issues. 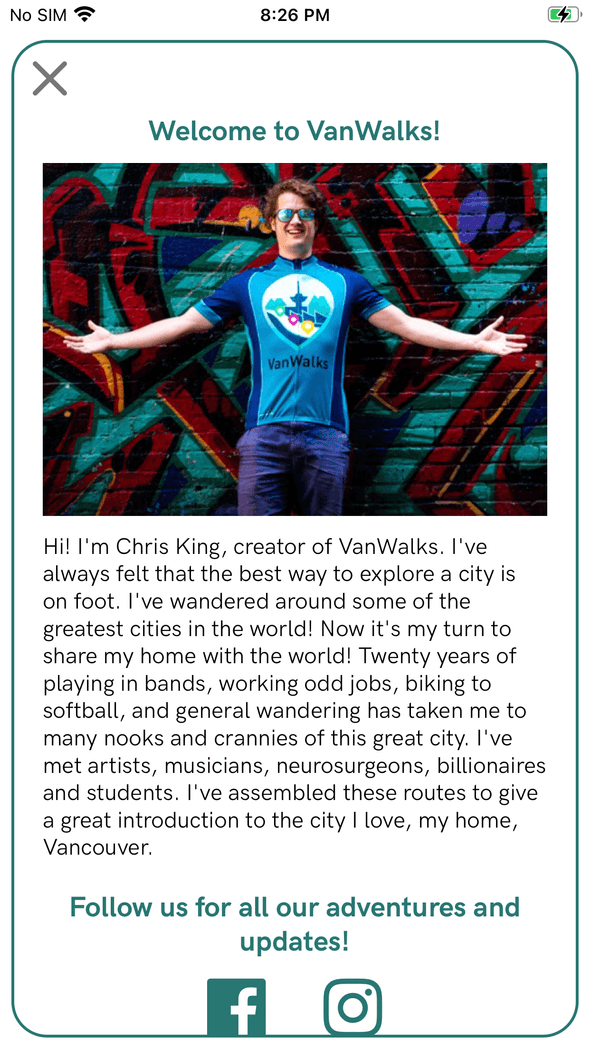 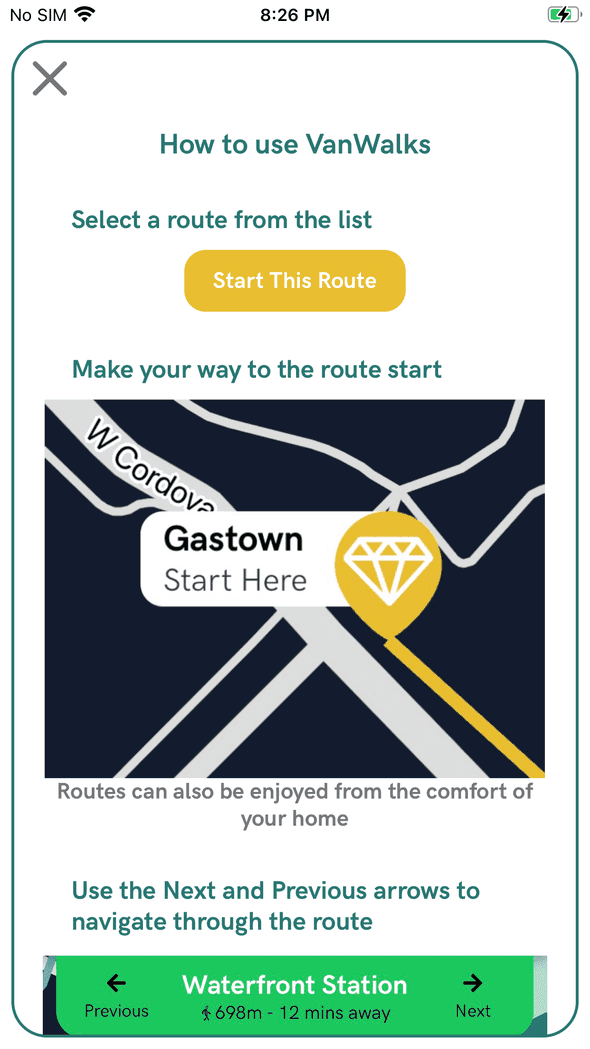 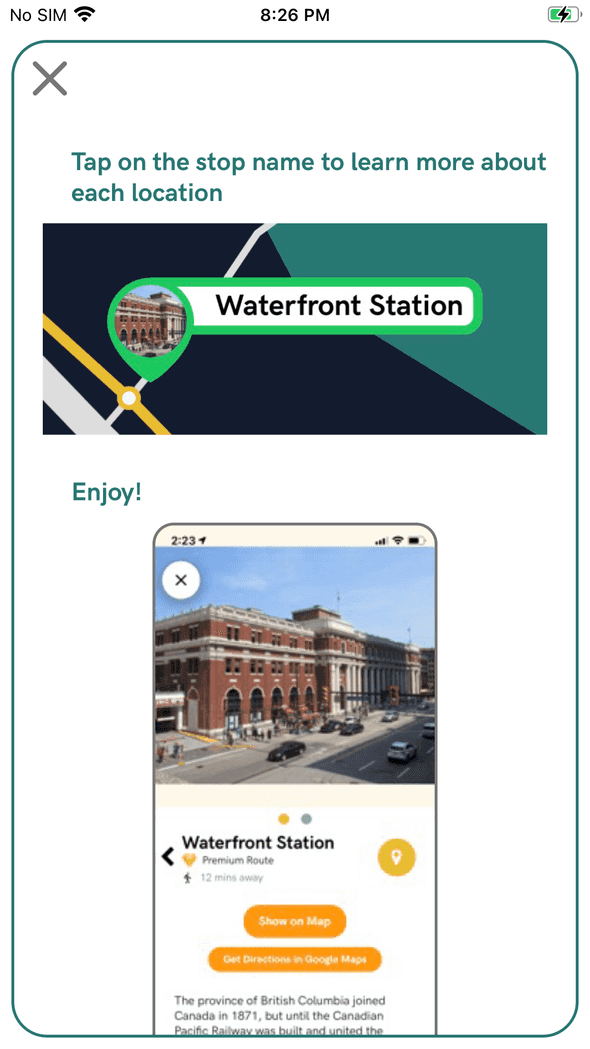 The new about page is accessible through the question mark icon in the top left. It tells you a bit about yours truly and a bit about the app. It also has some instructions on how to use the routes.

I've been teasing it since the summer, but the arrival of the Stanley Park routes is imminent. Today I took a ride around the park to investigate how the recent storm damage will affect the routes. Turns out, it's not too bad. The seawall is closed in almost the exact spot where the route detours up to Prospect Point, and around Third Beach, it opens up again. I will have to remove the “Low Road” path, as it follows the seawall. This does affect the route's accessibility options, but the road up to Prospect Point can also be taken instead. As soon as I can update that info, I'll push the routes live.

Previous: Maple Tree SquareNext: New Website
The VanWalks routes that you are enjoying take place on the traditional, ancestral and unceded territories of the Sḵwx̱wú7mesh (Squamish), Stó:lō and Səl̓ílwətaʔ/Selilwitulh (Tsleil-Waututh) and xʷməθkʷəy̓əm (Musqueam) Nations.Learn more about land acknowledgements.
App Store and the App Store logo are trademarks of Apple Inc.
Google Play and the Google Play logo are trademarks of Google LLC.