Premium Route
Walking Time: 2.5-3h
A relaxing stroll to see the attractions in the world's greatest park, Stanley Park! With a hint of wilderness at the tranquil oasis of Beaver Lake.

Stanley Park will always be famous for its natural beauty, just minutes away from downtown Vancouver. But inside the park, there have always been many attractions to surprise and delight. This part of the park is called the “Peanuts and Popcorn Circuit” 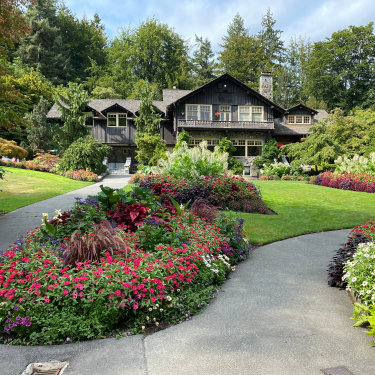 Historically, the largest attraction was the Stanley Park Zoo. The zoo started with a black bear tied to a stump, right where the Lord Stanley statue is now. It operated in the park for over 100 years, but all that remains is the former polar bear habitat. You'll be able to see why the public voted to close the zoo, when we get there. 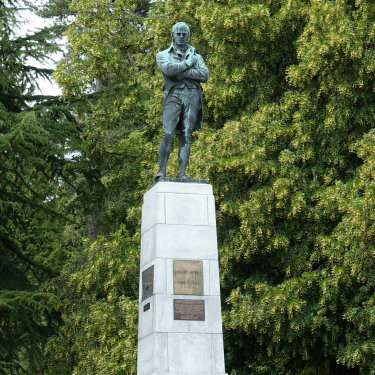 Luckily, the Vancouver Aquarium has largely taken its place, and it is a global leader in the rehabilitation of sea mammals, and environmental awareness. And of course, the Miniature Railroad delights train enthusiasts of all ages, especially when it's lit up for Halloween or Christmas. 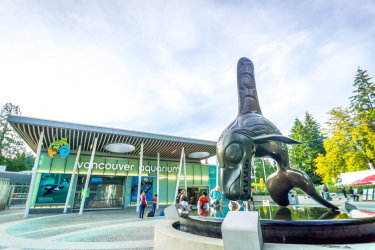 After all that hustle and bustle, Beaver Lake takes you right back to nature. It's a tranquil oasis with actual beaver dams. And what Stanley Park adventure would be complete without a lap around the 100-year-old Rose Garden! Weddings are very common at both the Rose Garden and the Stanley Park Pavilion. 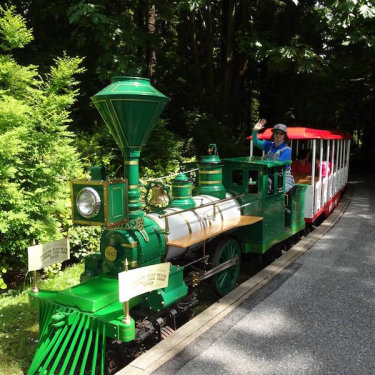 As mentioned at the start of the Seawall Route, there was an increase in coyote attacks in Stanley Park during the pandemic. The most aggressive coyotes have since been killed by conservation officers, and the park has been declared safe again. This Inner Route visits the most popular areas of the park and stays on well worn paths, so it’s unlikely that you would have seen a coyote anyway. But just in case you see one, I’ll remind you not to run away from it, as they are likely to chase. The best strategy is to be big and scary. Also, coyotes are nocturnal, so if you are doing this route during the times coyotes are active, I suggest you go home and come back when things are open. 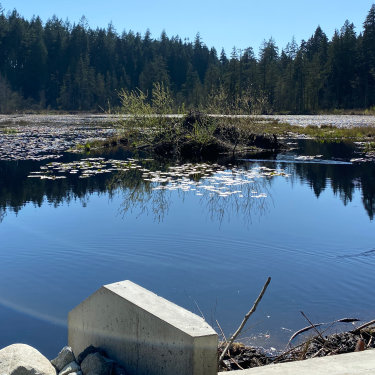 Despite the number of things to see and do, I always find this area of the park particularly relaxing. So let's get some popcorn and enjoy the variety of attractions in Stanley Park.