Premium Route
Walking Time: 4-5h
Take a lap around the world's greatest park, Stanley Park! With an optional climb up to one of the best views in the city, Prospect Point.

Welcome to Stanley Park, the greatest park in the world! When Vancouver was founded in 1886, Stanley Park was it's first park. But the history of this amazing peninsula stretches back much further than that. Indigenous people have called this area home for thousands of years. 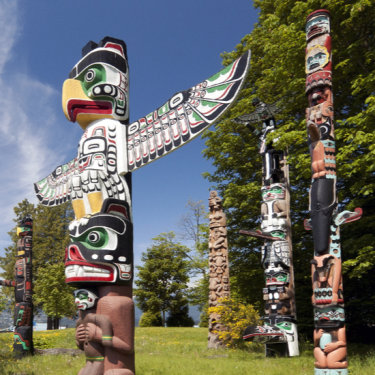 This route takes you along Vancouver's famous seawall. It's the longest unbroken seawall in the world. The whole thing is just under 30km, but luckily for you, this route only covers the Stanley Park portion. 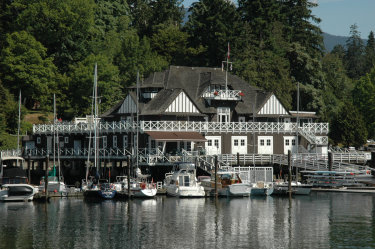 The Stanley Park Seawall is a perennial favourite for tourists and locals alike. The wide variety of breathtaking scenery changes with the time of year, but also with the tides, ensuring that every trip around the seawall will reveal something new. 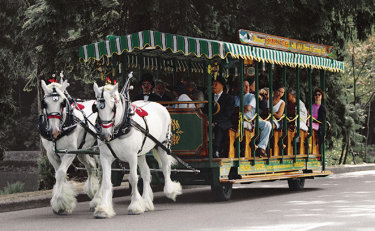 In addition to the amazing scenery, Stanley Park has a rich history. We'll go past the site of Whoi Whoi, an indigenous village that thrived here for thousands of years, before the arrival of the Europeans. At Prospect Point, we'll see terraces that were used to signal ships before the invention of radio. And of course, the seawall provides a great look underneath Vancouver's famous Lion's Gate Bridge. 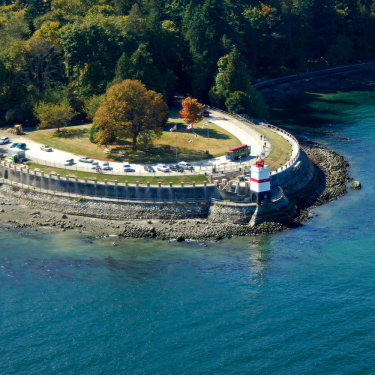 This is the longest walk in the app, so be ready for a trek! It's about 12km total and should take about 4 or 5 hours. There is an option to shorten the route by switching to the Inner Route around Beaver Creek, just before the bridge. I'll remind you when we get there. 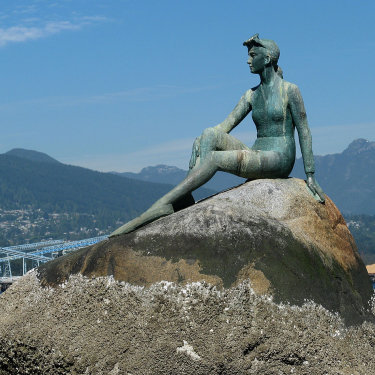 If you choose to soldier on, you basically have to commit to the whole thing, to turn back would take longer. You also get to choose between staying on the seawall or climbing up to the lookout at Prospect Point, one of the best views in the city. But, this is one scenic vista you do have to earn. It's not a difficult climb, but it does take some effort to get up the gravel path to the top. You don't have to decide now, the two paths are clearly labelled in the Prospect Point Trail stop. 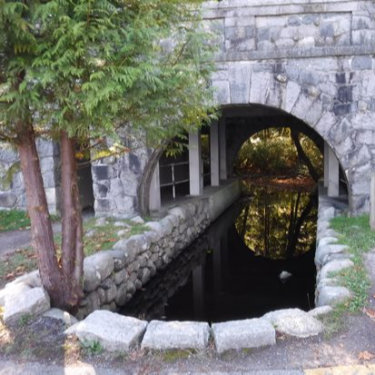 The last stretch of the trail doesn't have as many stops, but has some amazing beaches, scenery, and views of Vancouver Island. There are also concessions where you can pick up a tasty treat for getting up and down the hill! 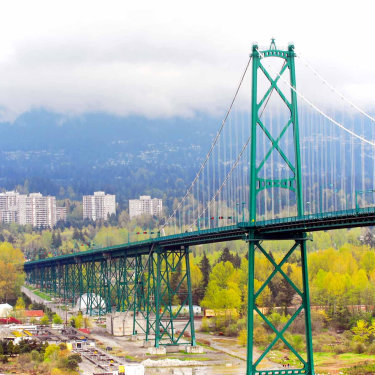 Make sure you are prepared for the weather! The temperature can change drastically depending on your location in the park. The wind on the west side of the park can have a chilly seawater bite to it, and the forest section can be shady and a few degrees cooler than in the sun. Depending on the time of year, you may want a raincoat or sweater. 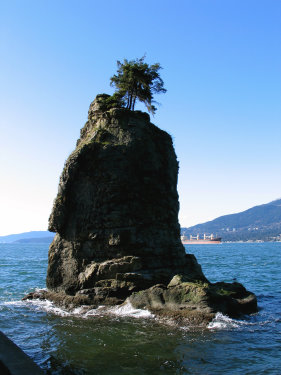 An extra battery pack is also good, depending on your phone. There are some sections where the reception dies out, so your phone will try harder to get it's location, this can use the battery faster. You can turn off your location using the gear menu in the top left of the app.

They say a great journey begins with the first step, so let's begin, but first we have to talk about coyotes. In the summer of 2021, you may have heard news of coyote attacks on the rise in Stanley Park. Some coyotes had become very aggressive towards people and had been attacking them, mostly early in the morning and at night. Eventually the parks board had to bring in conservation officers who killed the aggressive coyotes. Now the park has been declared safe again. You are very unlikely to even see a coyote in the park. But just in case, in the event of a run-in with a coyote, don't run away, they are more likely to chase you. Try to make yourself look bigger, yell at it, and throw stuff at it.

Now that I have prepared you for the size and scope of this route, let's begin the amazing adventure that is the Stanley Park Seawall!